Christmas Gifts from my Sister 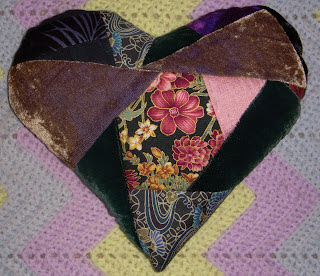 Thought I would post a couple of the Christmas gifts that I got from my sister Robin. We both love tote bags, pin cushions and any little sewing related items and frequently give each other gifts like that. Look at the wonderful pin cushion that she sent me. It is made from velvet and other fancy fabrics and is even prettier in person than in the photo. 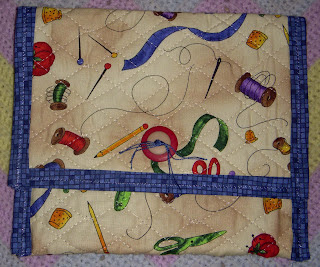 Both Robin and I like to make small gifts and usually make something when we are together. This year I made lots of steno book covers and she made these small sewing folders. 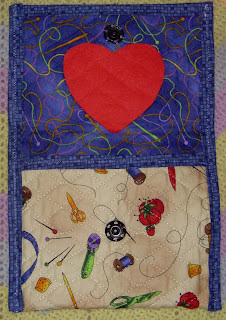 Here it is open. The heart is felt so you can store your needles there. It has a snap instead of velcro so nothing catches your thread. She said the hardest part of the project was sewing on the snap. The pocket is large enough to hold thread, needles and all that stuff.

I am so lucky to have a sister that shares my interests. I just wish we lived closer than California and Georgia. I only have the one sister and fortunately I got a good one! Of course, when we were growing up and I had this pesky little kid around all the time, I didn't think so but once we were grown, it changed.