Last night was the next to last class of this session of Sampler Savvy.  Lots of progress was being made but we still have a long way to go to get the tops together.

Here are the design walls from last night. 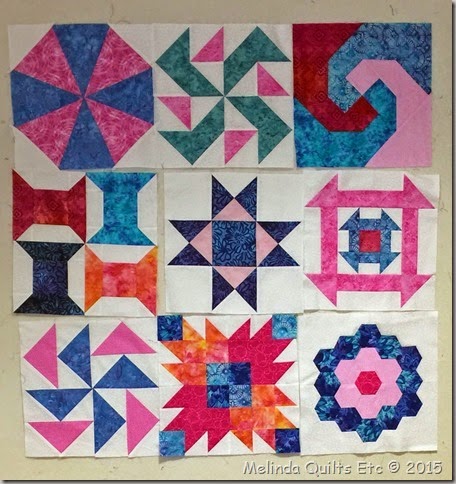 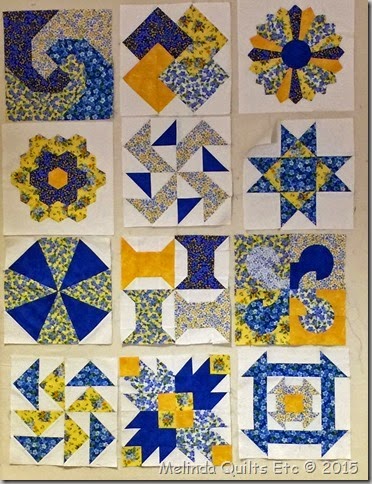 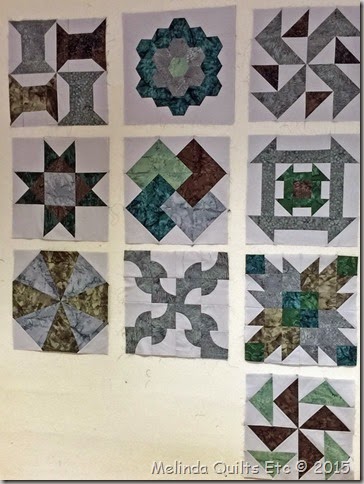 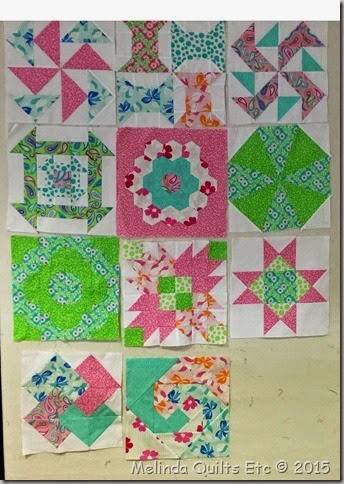 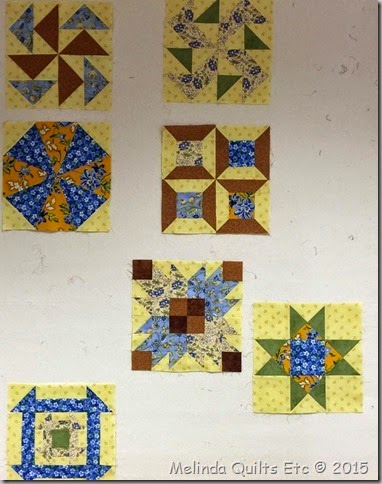 Going to be some pretty quilts!

Posted by Melinda at 12:52 PM 1 comments from wonderful readers

We had a great time at our BOM meeting today.  Here are my blocks so far. 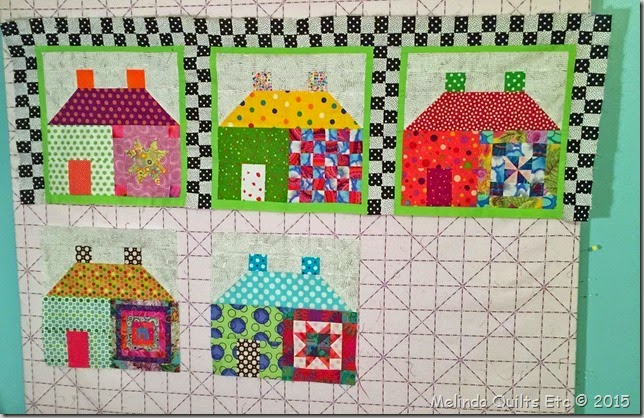 Here is a close-up of this months block. 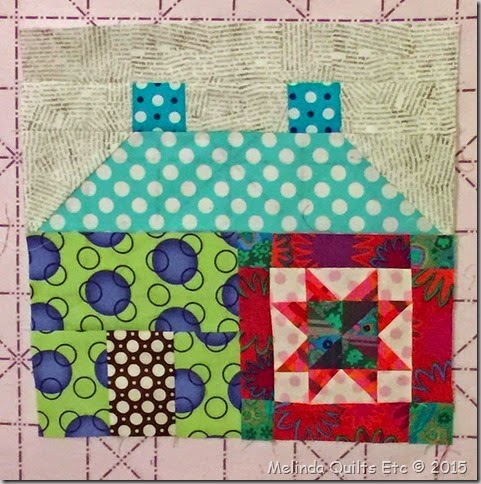 I have the next row of sashing on the first row and it is looking pretty good.  One more block and I can put the first half of the quilt together.

Here are a few more blocks from today. 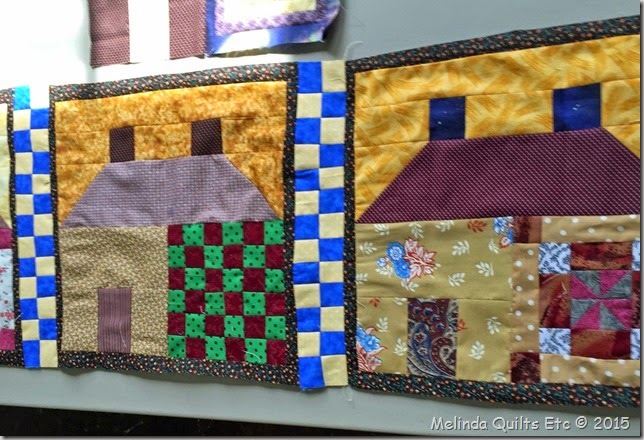 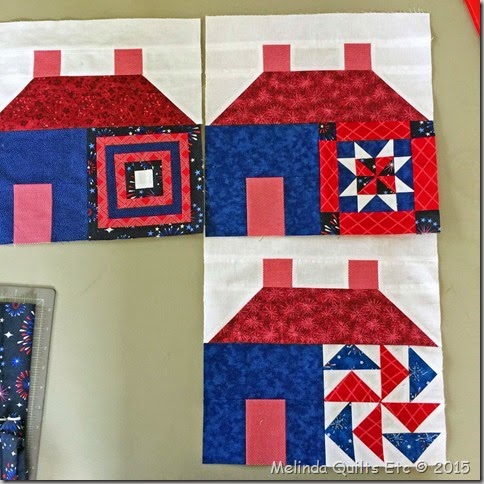 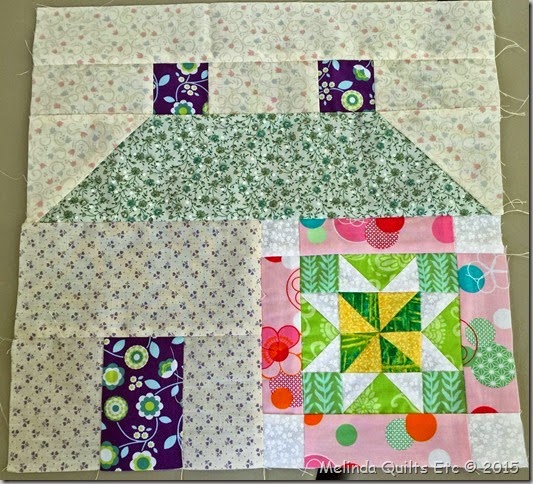 Posted by Melinda at 5:18 PM 0 comments from wonderful readers

Labels: Allatoona, Block of the Month

I received 5 fat quarters that were from Lakehouse a few years ago.  They were bright pink, lime green and black.  I looked at them for long time before I decided to make a set of placemats.  Since the pattern I used called for 4 fat quarters on the front, I bought a backing and then added a strip of the 5th fat quarter to each one so the backs are different but made from the same fabrics. 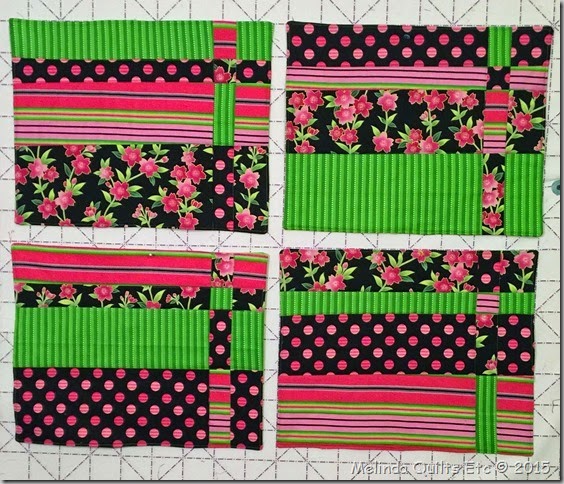 The back was a lime green polka dot with a strip of another green stripe.  Turns out that the fat quarters belonged to Rebecca.  I hope she likes her placemats.

I put some Amy Butler fat quarters in my paper bag and was lucky enough to have it given to Pam.  She actually made me a quilt! 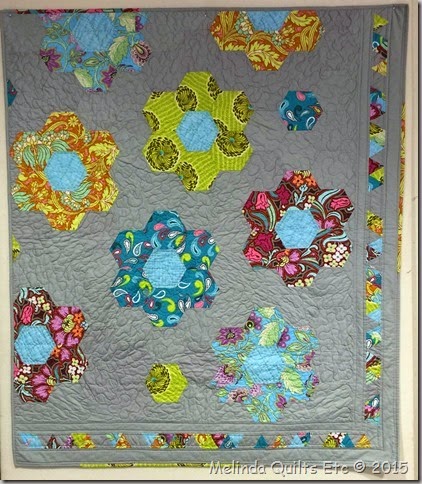 Great big Hexies!  I love it!  I really like how she put the border on two sides and let the hexies float off the edge of the quilt.  Also she added a little extra print fabric into the binding.

Posted by Melinda at 5:15 PM 4 comments from wonderful readers

The UFO for last month was number 2.  Here it is on my original list. 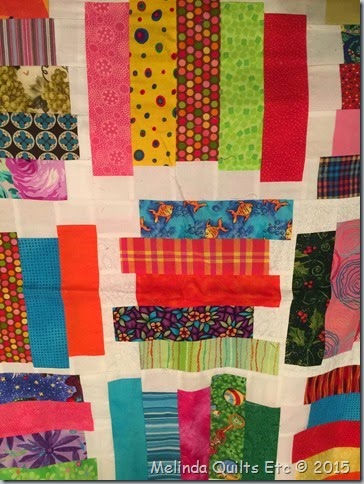 Here it is all finished. 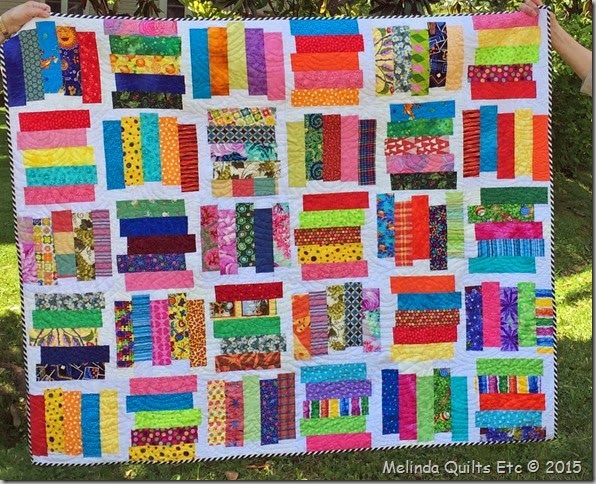 I donated it to the guild community service project.  The blocks were from the Block Lotto a few years ago.  Hopefully it will make someone happy. 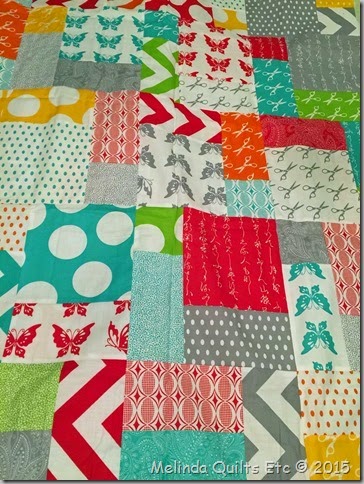 I picked out a backing for this one so hopefully will get it quilted and ready for June.

Posted by Melinda at 8:28 PM 1 comments from wonderful readers