When Kim came from Missouri last week, she brought a box of things that Bill's mother had sent to him. In the box were several salt and pepper shakers. Apparently, she is trying to declutter her house - while cluttering ours. Bill was quite excited to see some of these that he remembered from growing up. 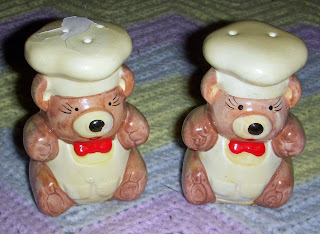 First is a pair of teddy bears. It is hard to tell how old any of these are, but my best guess is at least 50 years old. 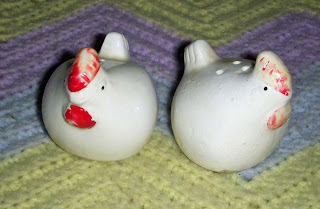 Here are a pair of chickens. The paint is worn on them so they were probably used a lot. 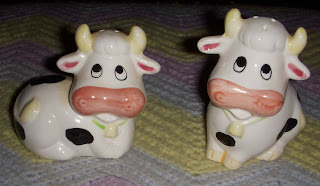 Cows are next. One is laying down and the other is sitting. 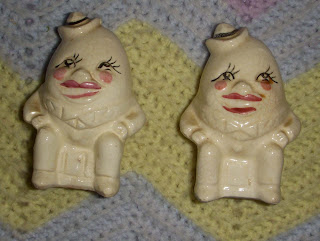 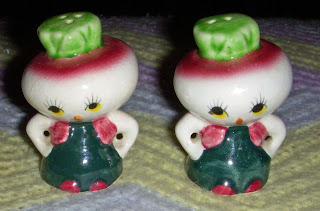 And last is a pair of mushrooms. There was also a glass dish that I didn't get a photo of.