I got the first blocks for our string block swap on QuiltingSisters. The first group of six is from Sandy. We plan to swap the blocks monthly for a year and the number to swap each month is six. 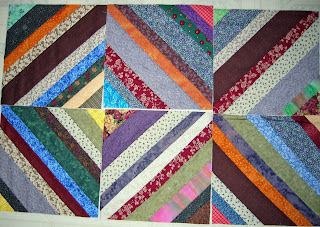 Glo send in six for herself and then 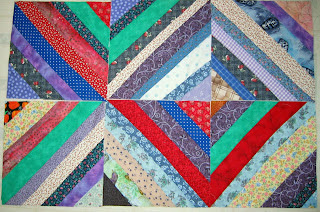 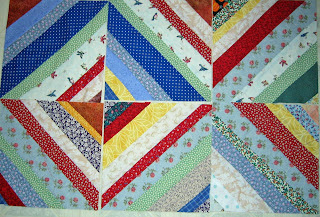 In addition, I asked for one extra block a month made from red-white-blue that I will make into a quilt to be donated to a wounded soldier. Both Sandy and Glo send in the extra block. In fact, Glo sent in an extra for Linda. 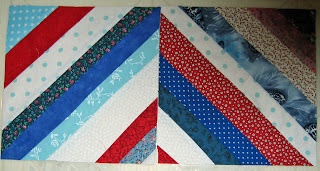 The last photo is the RWB that Sandy sent in. 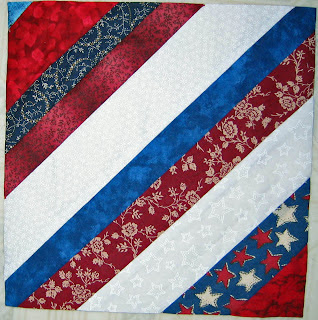 If everyone sends one extra per month we will be able to make 2-3 extra quilts for soldiers during the year-long swap. This is a great group of women who have been together for many years online and I have managed to meet several of them in person. We have made longlasting, close friendships and have been through hardtimes and good times together.