Meet Susie – she joined our family yesterday.  Here she is with Bill at Small Dog Rescue where we found her. 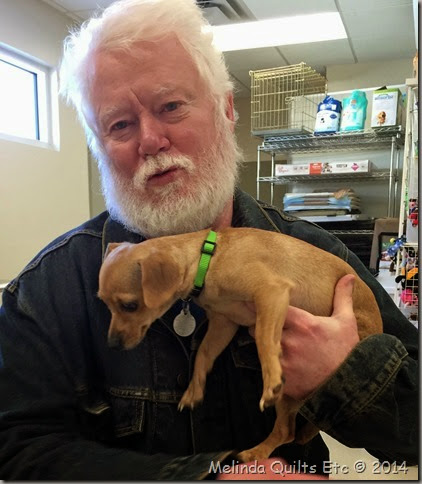 Later in the evening, sleeping on his lap. 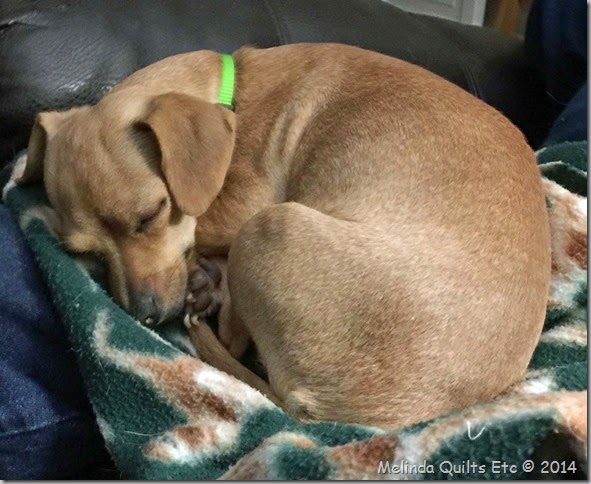 and this morning, after her first night. 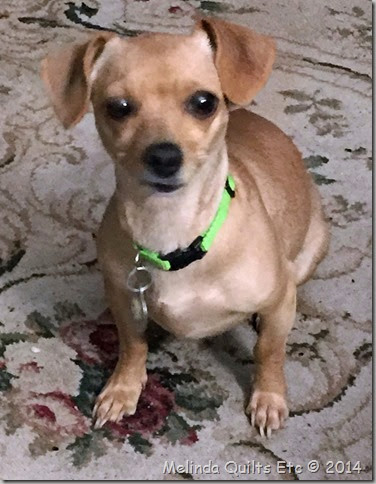 She is mostly Chihuahua, with probably a little Wiener dog.  She is a little longer than Chula was and her ears are more Wiener than Chihuahua but she is a little thing.  She had 3 puppies with her when she was found and they had all been adopted out.  She was at the facility for the day because someone else was interested in her but they (fortunately for us) picked another dog.

It is fun to have a doggie to sleep with again.  She likes being under the covers!