Magical Slice and Dice is one of my sister Robin’s patterns and I taught it at Tiny Stitches a couple of months ago.  Rhona was in the class and made a set of blocks that she hated!  She thought they were really ugly.  She hated them so much that she bought new fabric to remake the quilt and gave me the set of blocks.  I told her that they were great but she didn’t believe me.

At the recent retreat, I put her “ugly” blocks into a quilt – here it is. 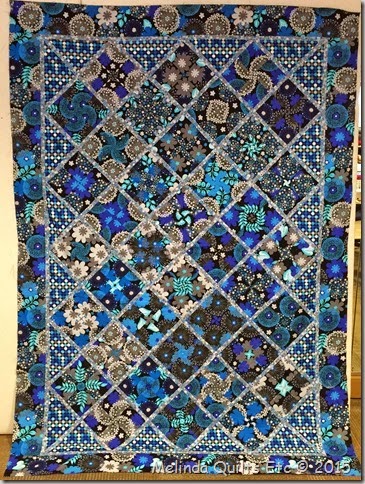 Ugly?  I don’t think so!  I showed it to Rhona and she loves it now!  Of course I gave it back to her since she was so excited and pleased with the final result.

By the way, here is the other version she made. 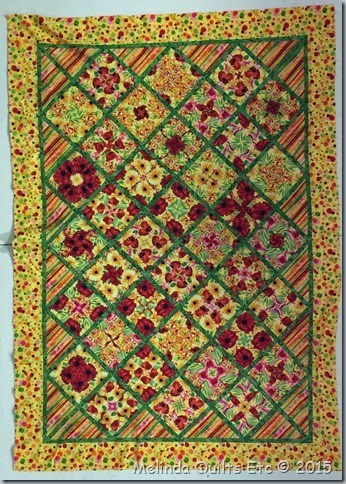 I like this one also.  What do you think?