I arrived home early this morning after a red eye flight from LA.  We did have a little excitement in LA at the airport. As we were sitting waiting for the flight to be boarded, a guy walked out of one of the alarmed doors – we could see through the windows that he went up some stairs.  Eventually he came back down and back in the door.  By then, the airline people were there and the police were on the way. 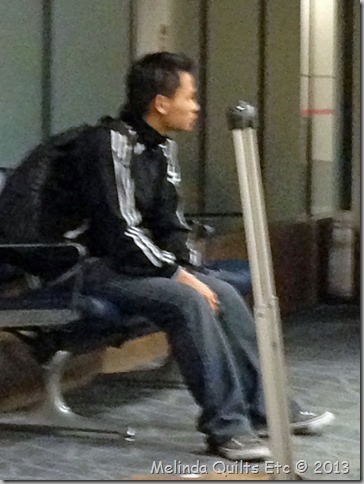 He was told to sit there and wait for the police and he did. 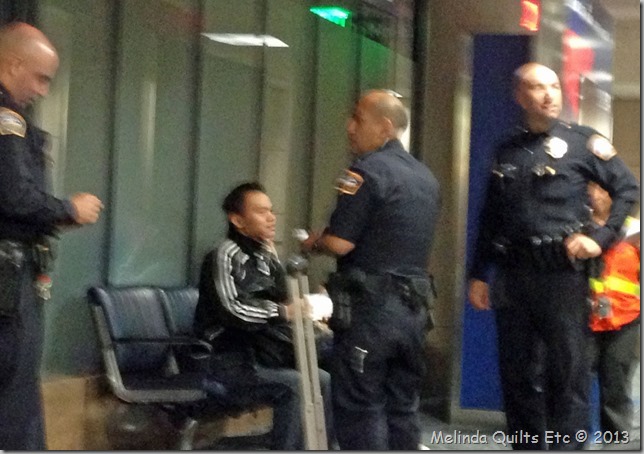 Not sure what happened after all this because the plane was ready to board and off to Atlanta we went.  It was a well named red eye flight and arrived home here at 6 am.  I am glad to be home and for one final photo, here is Emilio right before we all packed up and left Truckee. 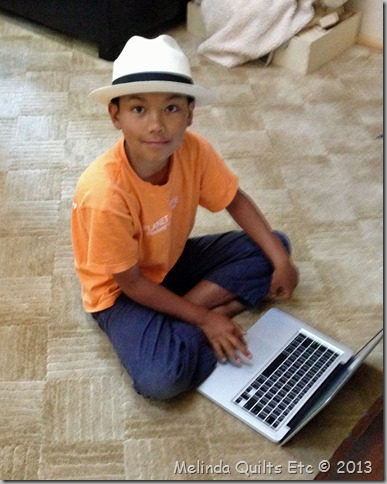 Don’t you love his hat?  His father has one just like it.